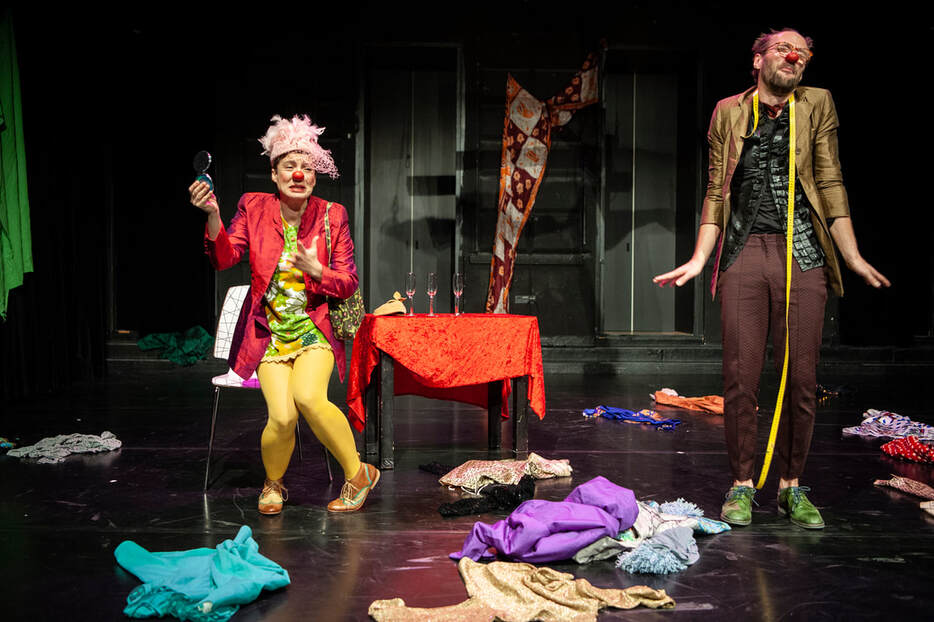 Photo: Bernhard Müller / INFLUX
Nayana directed her first clown-theater project titled "Sea/Mehr: eine clownesk-groteske Parabel", to be presented at Toihaus Theater in the frame of SIE 2020 Edition on the 2nd of December at 19 hrs. This work is produced by INFLUX - Netzwerk für Tanz, Theater und Performance, in collaboration with Salzburg-based clown-theater group Clownfabrik. It has been funded by Stadt Salzburg and Land Salzburg.

Note: This project will be premiered online through FS1 Community TV due to COVID related restrictions on live performances in theatres.

Archive of the body by Natalia Castaneira 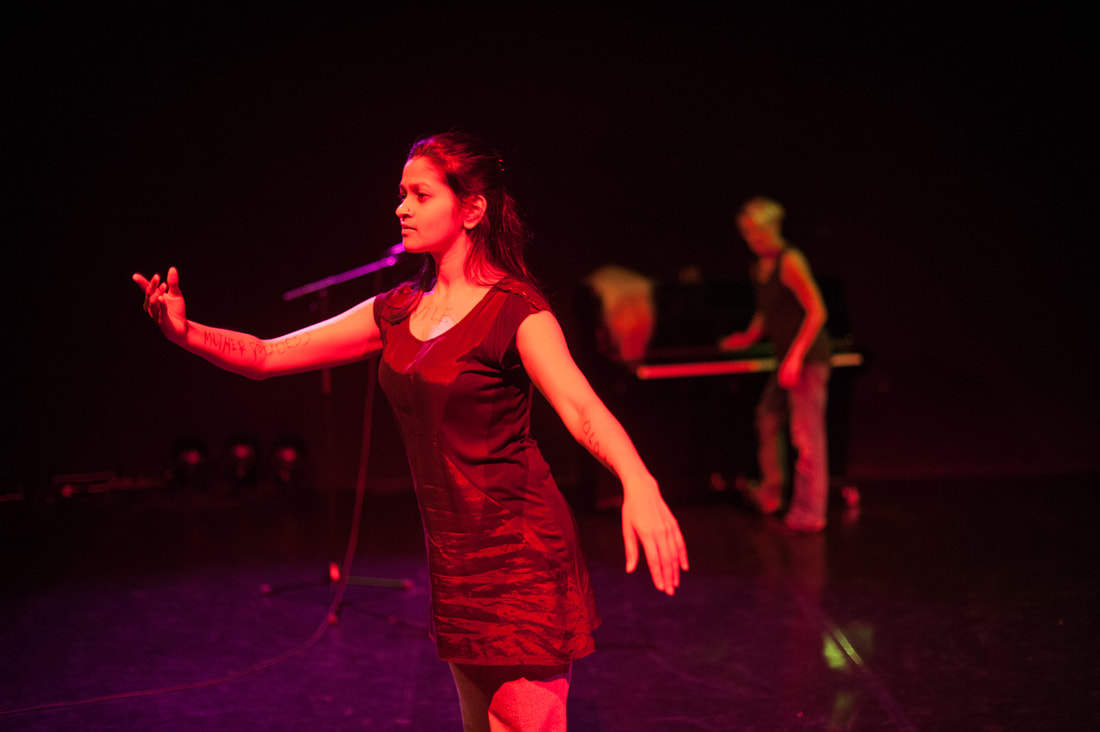 As the opening performance of Salzburg Improvisation Evenings 2020 Edition, Katie Duck will perform her world-touring piece since 2014, "CAGE", in collaboration with Nayana Keshava Bhat on the evening of March 4th at Toihaus Theater at 19 hrs.

Description:
CAGE is a solo by Katie Duck with an invitation for collaboration. INFLUX artist Nayana Keshava Bhat accepts this invitation, bringing her own Indian/Austrian cultural influence into the work.
CAGE refers to the composer John Cage whose scores, among other things, introduced musicians to choice.
CAGE also refers to how the institutionalisation of absolutely everything, the loss of love, the need to face the anatomic perfection of what the Vagina actually is and the use of death as tactic for fear has suppressed our emotions and feelings forcing us all to live in a CAGE.

This work is created in co-production with INFLUX - Netzwerk für Tanz, Theater und Performance and Toihaus Theater. It has been funded by Salzburg Stadt and Salzburg Land.

Salzburg Improvisation practitioners will be presenting a piece following the performance of "CAGE" on the evening of 4 March at 20:15 hrs. In this improvised piece, the performers experimented with space and time, creating an instant composition.
The piece was created under the artistic direction of Nayana Bhat and performed by Anna Barbara Bonatto, Verena Pircher, Olivia Mitterheumer, Natalia Castaneira, Agnes Distelberger, Ursula Schwarz, Ortwin Probst, Peter Kaubisch and Azahara Sanz. 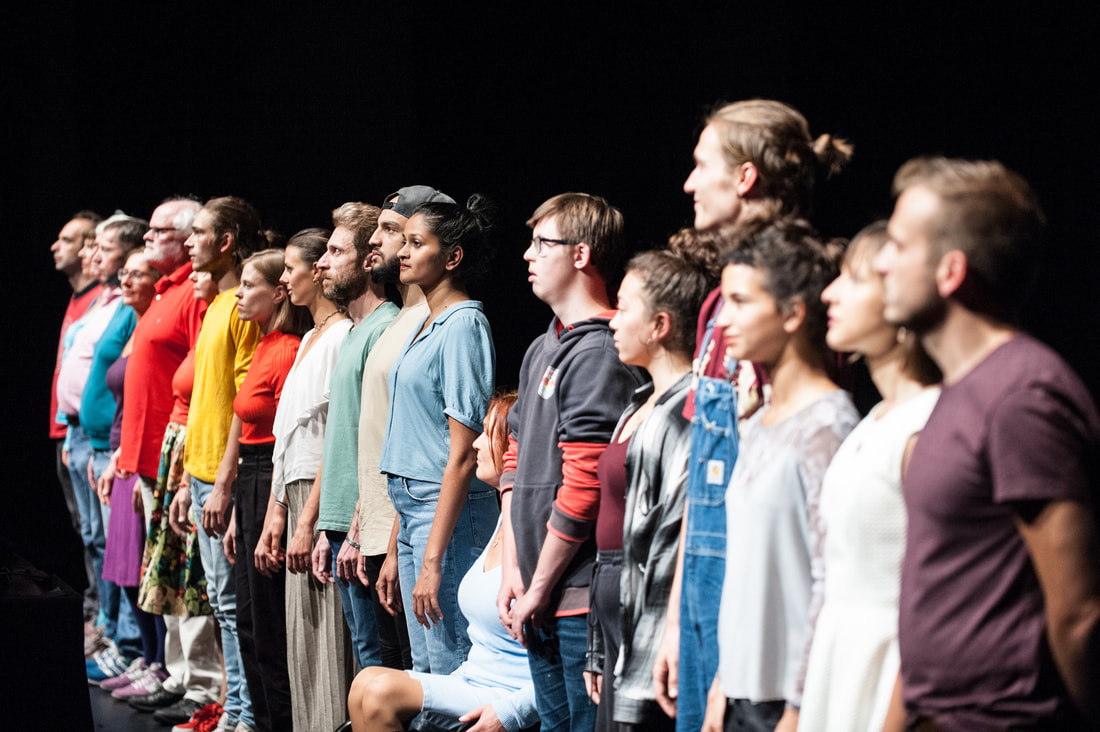 Photo: Bernhard Müller
Nayana will be performing again in "The show must go on" of Jerome Bel, to be presented as the finale of the Performing New Europe Festival on the 25th of January at 20 hrs in Szene Theater.

Nayana has been invited by Szene Salzburg to mentor the participants of their project "Young Friends", in order to support young arts enthusiasts to find their artistic paths. Accordingly, Nayana will be facilitating an impulse workshop on 11 January at Szene Studio

"The show must go on" with Jérôme Bel

Nayana will be leading a workshop with Julia Leckner titled "Draußen sein, Sichtbar sein", focusing on female body perception in social contexts. This workshop is an initiative by INFLUX - Netzwerk für Tanz, Theater und Performance in collaboration with Afro-Asiatisches Institut, to take place on the 15th of May, from 16:00 hrs to 20:00 hrs. 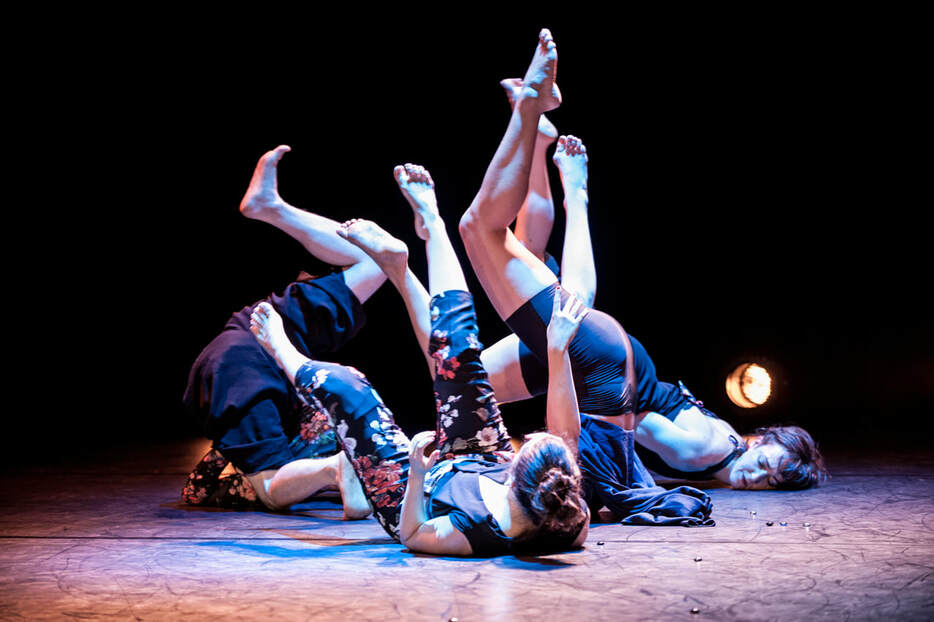 Nayana has been invited to perform at the 30th anniversary celebrations of Afro-Asiatisches Institut on the 25th of October, 2018 in Kollegienkirche at 19:00 hrs. It is free entry to one and all.

SUDDENLY THE FLOOR WAS NOT THERE: Performance project with Tomaz Simatovic 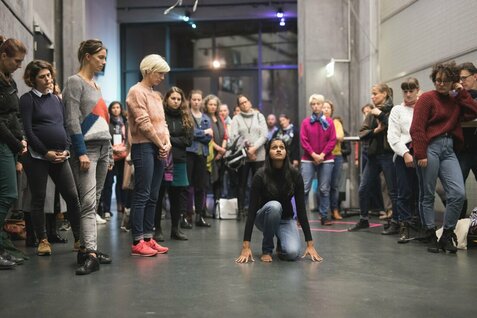 Photo courtesy: Wolfgang Lienbacher
​Nayana will be performing this work, choreographed by Tomaz Simatovic, as a part of Tanz_House Festival  2018 on the 24th of October at 20:00 hrs in ARGE Foyer.

This is project is the second part in the trilogy on the Rana Plaza disaster, and is the beginning of a new body of work developed by Slovenian choreographer Tomaz Simatovic.  ​ 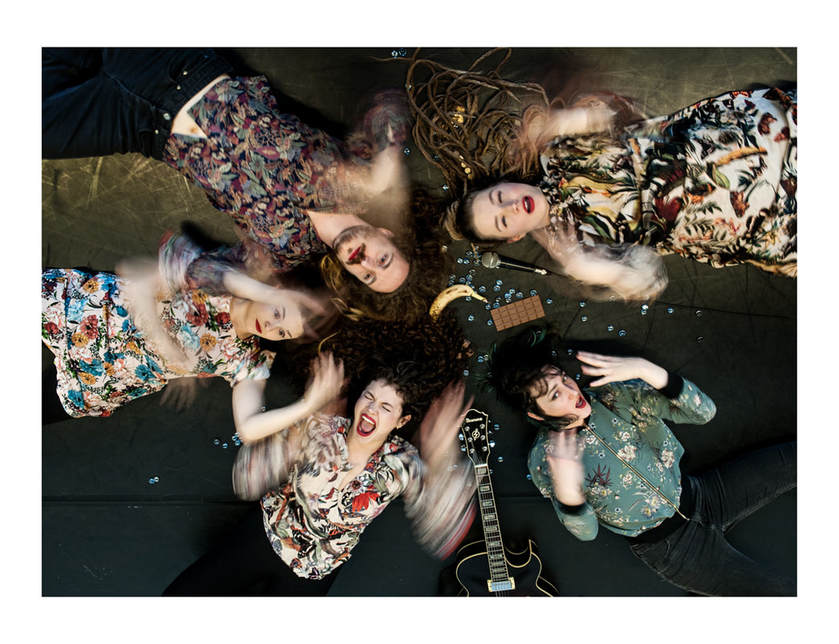 Nayana's first group choroegraphic production, "Room of Inevitable End", will be premiering at the Sommerszene festival, 2018, in ARGEkultur on 7th of June at 18:00 hrs. This will be followed with a second performance on the 8th of June at 20:00 hrs.

Nayana was invited to be an artiste in residence at Dance Identity Burgenland, Centre for dance and choreography between 12 - 21 December 2016. During this residency, Nayana continued to develop her choreographic work "A Duet. Ein Solo.", while also offering a movement class as a guest teacher.

Nayana is currently a resident artiste at Szene Salzburg studio between 01.09 - 18.09. and again from 03.10 - 13.10., wherein she will research on her next untitled collaborative dance project with Swedish choreographer Micke Strid, Austrian circus artiste Andrea Schalk, and German theatre actress Julia Leckner.

"Moving Clowns" has been invited to offer a one-day weekend workshop for the Munich hub of MIT U.Lab program. After an introductory evening workshop for 18 participants on September 22, a longer workshop will be conducted on November 26, 2016, in Munich.
​
U.Lab is an eight-week online course co-founded by MIT and Harvard that draws on an understanding of human factors as the basis for innovation. By following it you will learn the basics of Theory U, a framework that encourages transformational change on individual and collective levels, and leads to innovative working style. For information about U-Lab, you can go to ​http://munich.impacthub.net/event/ulab/.
© All rights reserved. Nayana Keshava Bhat